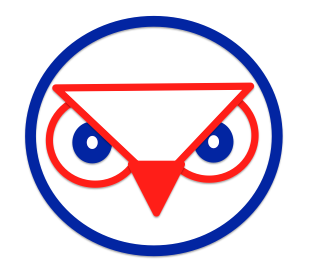 I am not fan of Donald Trump and was less than thrilled he is our new president... BUT, after my pity-party and reading this tweet: 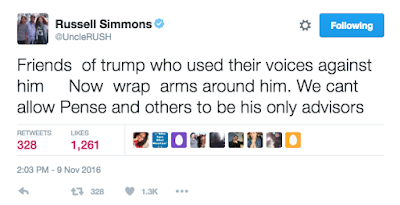 it struck me that the lesson and the legacy Obama instilled in us is to have HOPE. So in that vain I offer up The OWL Council (or The OWLs).

Two of the things that President Trump will have going for him is that he loves building and also loves entertaining and being around celebrities and people of importance. So let's expand on Uncle Rush's advice and surround him with the wisest, deepest, most honorable bench of advisors.

Since his win many have tweeted (yes, the times we live in) words of conciliatory congratulations, and although few leaders are brave enough he could do as one of our all time greatest presidents Lincoln did and surround himself with a Team of Rivals.

The OWLs would be a group of Omnes* World Leaders that would be assembled, say monthly, to offer President Trump a full range of views on important governing issues. Include the greatest experts on leadership and other specific topics (the economy, trade, business, education, climate) and have differing views discuss all points of debate with him. He would make the policy but would have a plethora of arguments flushed out instead of relying on only his cabinet and those who would seek to merely serve him.

The one thing Trump would like to do is succeed and be the greatest president ever. He is in office because people are tired of politicians same old way of doing business. Dividing our country further will serve no good for our country nor our citizens. We must give him this final opportunity to bring us together before we permanently end what makes us the UNITED States of America.

I have many other thoughts on how to expand this idea, so as a patriotic citizen I offer my help to make President Trump's dream come true and make this country as great as it can possibly be.

(*Latin: for all)
Posted by Joy