Will Mark & Jack Cause WWIII? or Save US From It?

We were cyber attacked by Russia during the 2016 election and it's not OK. I mean it's really really not OK. And the astonishing thing is Russia shot a weapon at the U.S. and we're going to let them reload for 2018 like there is nothing we can do about it.

We need to demand that Facebook and Twitter either get their services under control or take them offline and shut them down while any and all voting is taking place in our country. We don't let this type of sabotage and not only false advertising but blanket foreign propaganda on our airways we can not allow it on our other media platforms as well.

I'm no tech expert but there must be a way to block IP addresses that spam, unleash bots, or are found to be connected with nefarious foreign sources. Start a volunteer bot-army brigade that provides the company with suspected violators- I'm sure your communities would step up to help. Or just spit-balling here...how about asking Hillary Clinton and Mitt Romney to head bi-partisan group to work with both the government and Silicon Valley to unite behind American Commission on Cyber Safety.

We now have Russia sitting back and relishing Trump starting tough talk with other nations. Who knows how far this will go? Are we going to let our enemies use our own technology against us?

I am a huge fan of Twitter and before they screwed with my feed (another rant for another day) loved Facebook as well. I dare say they have been two of the best inventions of our time. But with great power comes great responsibility and these two brilliant guys need to know their country needs them to put our nation's sovereignty and well being before their shareholders and even their customers.

Tech-war could start a real war and there is no like-ing our way back from all the loss of life, treasure, and progress this will cause. I'm calling on Mark and Jack to step up and stand up for their companies to stop aiding and abetting our enemies.

Come one guys, I know you want to do good in the world - now's your time!

Bill Maher has been making the point for years that Democrats need better messaging. Dan Savage summarizes it perfectly in above clip and in his recent interview with Katie Couric (@ 47:30) reinforces the point... wording is the key to Democrats swaying "reachable" voters.

Democrats need to have clear concise messaging that all of them can get behind:

People don't want to be forced to think about: paying, giving entitlements, gay sex, and taking away a widow's money. Don't even get me started on Global Warming! But Americans do want: healthcare, benefits, equality, and for the uber wealthy to pay their share.

But who can lead the country to this new wave of power-packed words as political weapons? 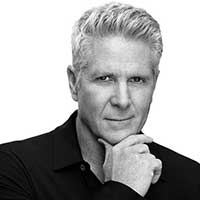 As much as I love Dan Savage (Bill Maher too) and as much as we need them to come along we need someone a tad less crude to lead this parade... so I nominate Donny Deutsch!

Donny lead an advertising company, is politically savvy, hates what #45 is doing to the country, and loves a BIG IDEA.

Unseating Trump is not a strategy that can be banked upon, but getting prepared to focus the conversation, seeding the way, and getting excited for '18 needs to be where all the energy goes.

Donny are you in?
Posted by Joy