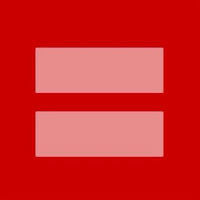 Personal opinion aside, the marriage debate has been fascinating from a marketing perspective. No matter what the Supreme Court rules most agree marriage equality will eventual be the law of the land. How did opinion turn so quickly when even 10 years ago it seemed the US was decades away from even being this far?

Let's look at some keys to great messaging on the Equality side:

The ship is pulling away from port on marriage equality so I think the most Traditionalists can hope for is a distinction that makes them feel they have been heard and respected. I suggest they claim Holy Matrimony as their new definition of marriage. This keep God and churchiness in while still upholding the separateness they are so attached to. I even bet if the Holy Marriage advocates ask nicely the HRC would give them the name of their awesome PR and marketing firms. The gays are nice that way :)
Posted by Joy